Brașov is one of the most beautiful mountains and medieval cities in Romania. With narrow streets, wonderful architecture, great landscape, chic cafes and many hiking opportunities, the city is a lovely destination.

Brașov – the perfect starting point for hiking
Brașov attracts all kind of tourists. From the ones seeking a city break in a historical and cultural center to the ones that enjoy a nature and hiking experience in a picturesque area.

Situated at the footsteps of the mountains, near five major massifs (Bucegi, Piatra Craiului, Postăvaru, Ciucaș, Piatra Mare) Brașov is the starting point for many hiking trails. Combining various types of terrain and difficulty, there are plenty options to choose from, one more spectacular than the other. Hiking in Brașov – the best trails

Tâmpa Mountain– the heart of the city 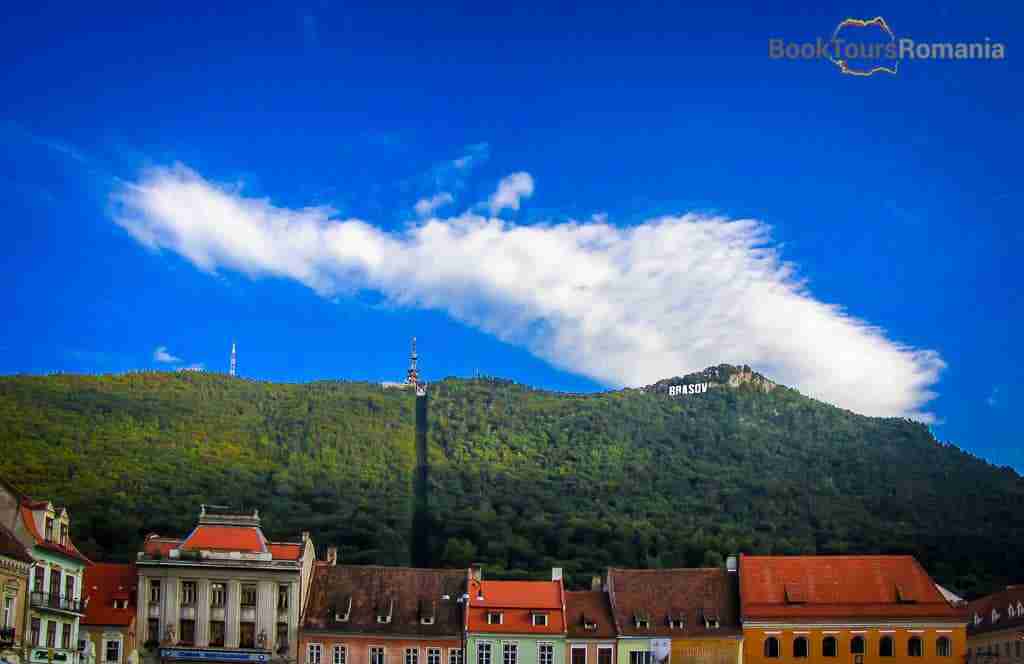 Brașov hugs this tiny mountain that takes you up on its trails 400 meters above the town. It offers a spectacular panoramic view! Undoubtedly, the green forest-covered hill with the name of the city written in huge letters it’s the first thing one sees when visiting the city and it stands like an open invitation to explore it. And you should!

It has been declared a protected area and a natural reserve of fauna and flora since 2000. Tampa can be accessed through multiple different trails varying in difficulty. It is a popular destination both for trail runners, hikers of all ages and landscape photographers that want to get the perfect shot of the city from above. Serpentinelor Trail (Curvy Road trail) is by far the most accessible path. In less than two hours it takes you to the top of the mountain where the ruins of the old fortress can be seen. It also takes you to the panoramic views of the city near the Brașov sign.

Other routes are Gabony’s steps, the most difficult one consisting of a steep descent and no less than 167 steps, and Knights Road that also connects Brașov to Poiana Brașov, a famous ski resort.

Postăvaru is a mountain dedicated to skying, being mostly covered in slopes for winter sports. But it’s also one of the best viewpoints over Brașov and nearby mountains: Bucegi, Piatra Mare, Ciucaș.

Hiking in Postăvaru Mountains is easily accessible from Poiana Brașov. One of the most popular resorts in Romania only 14km from Brașov. Here you can reach the peak (1799 meters)by cable car or walking the Red Road trail. (1,5 hours). 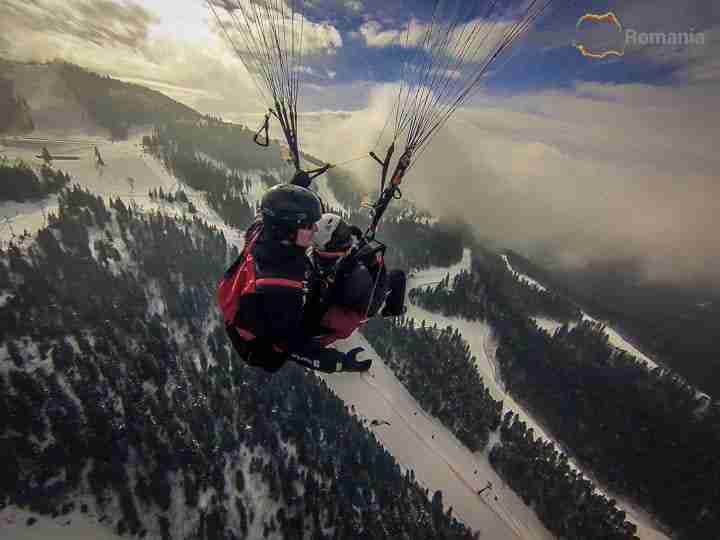 If you have a little more time and a taste for lengthy hikes, you can reach the top from Brașov. Starting from The Weavers’ Bastion, passing Tâmpa and Postăvaru Cabin. The whole journey takes about 4-5 hours. Amazing mountain views are guaranteed.

Piatra Craiului – through the gorge and picturesque mountain villages

Less than an hour from Brașov lies Piatra Craiului Mountains, the place to go for hikers, climbers, cyclists and nature lovers. Although the National Park is known for its steep and difficult trails, it also offers spectacular walks filled with panoramic views.

Zărnești is easily accessible and makes for a great day hike. Its winding trail takes you in the heart of the mountain between high vertical stone walls and leads you towards the picturesque mountain villages of Măgura and Peștera.

Here, besides enjoying a traditional Romanian meal and observing the local villagers at their daily business collecting hay or tending to the animals, you will also have direct access to one of the best views over Bucegi Mountains.

Bucegi Mountains – the Sphinx, the Cross and the… Old Ladies?

Ready to see the Sphinx? No, you won’t need a ticket to Egipt! Just a short drive from Brașov to Sinaia and a ticket to the cable car or strong legs for an intense hike will be enough.

On top of Bucegi Mountains, on a wide plateau tourists can admire interesting rock formations that carry deep meaning and legends for Romanians: The Sphinx, resembling the head of a man, and The Old Ladies (Babele), looking, well, just like two old ladies with back problems sharing some interesting gossip. 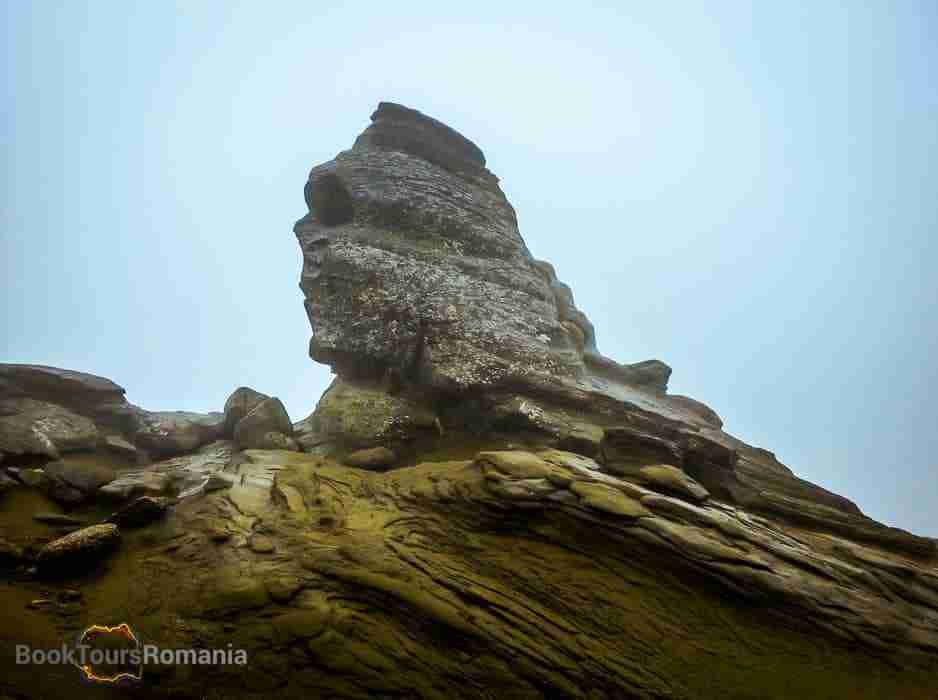 Nearby there is the Caraiman Homeland Heroes Cross. The monument was erected in 1928. According to Guinness Book is the largest summit cross in the world. (39.5meters/ 129-ft 7-in and situated at over 2200m (7200ft) altitude). 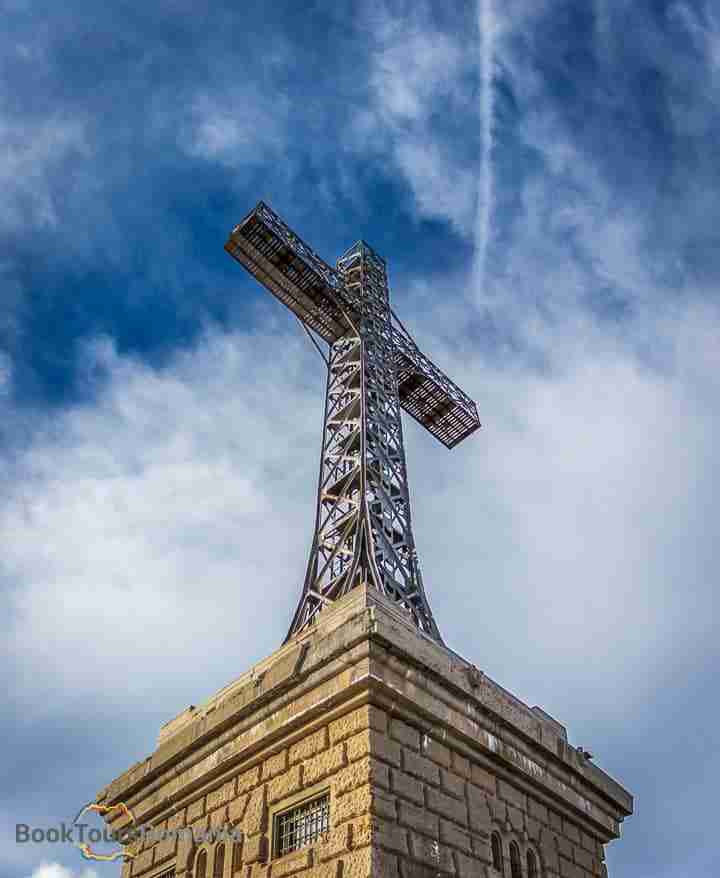 From afar Piatra Mare Mountains don’t look that spectacular. However, just stepping on its most popular trail will take you in no time on an epic adventure across bridges and up vertical ladders above waterfalls. This attraction is called the 7 ladders canyon and consists of a 160meters rocky passage made accessible by seven metallic man-made ladders.

Did the Sphinx and The Old ladies just opened your appetite for interesting rock formations? There is another great hiking opportunity from Brașov: the Ciucaș Mountains. Friendly with all hikers, novice and experienced, Ciucaș has a trail for everybody and every season. 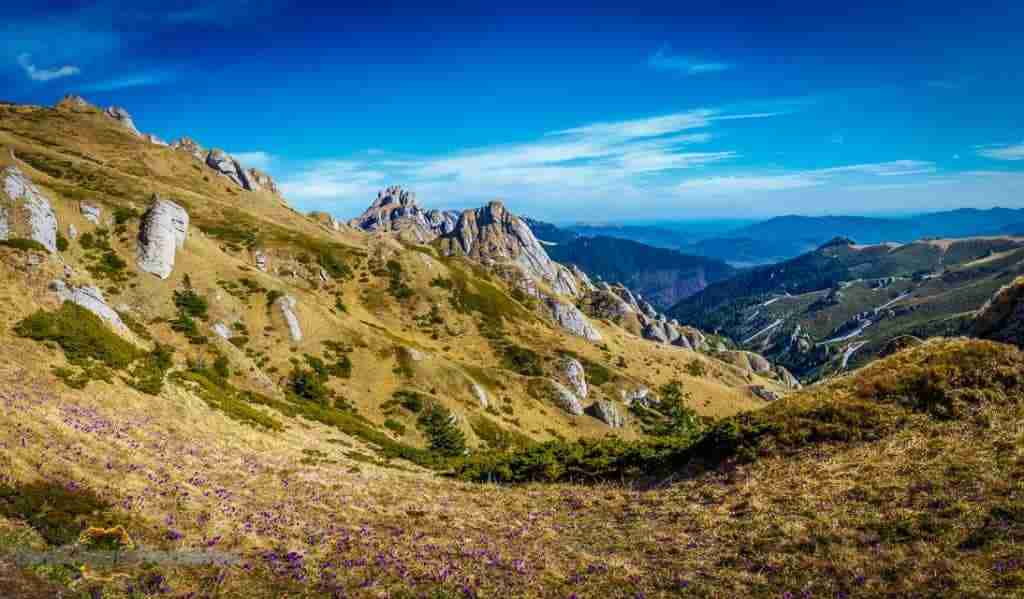 Finished hiking and want more?
Brașov has a great geographical position from the touristic point of view. There are many great attractions nearby from castles to medieval fortresses, traditional village and even Dracula’s Castle.

Sharing is Awesome, Do It!